Built on top of a hill in Universal City, California, Universal CityWalk is a 23-acre, 200,000-square-foot pedestrian visitor experience for the studio tour, cinemas and amphitheater. Designed as a high-tech facsimile of Los Angeles city streets, the award-winning CityWalk continues to draw 25,000 people daily 20 years after the unveiling.

In 1988, MCA/Universal hired Jon Jerde and the Jerde Partnership to formulate a master plan for all of Universal City, which included the $100 million outdoor mall spine that would tie everything together, including future elements (Universal CityWalk underwent a $1 billion expansion in 2000). Jon Jerde, recommended by Dean Richard Weinstein of UCLA’s architecture school, was responsible for the successful revisioning of San Diego’s Horton Plaza that included a nostalgic pop culture mix of neon, billboards and architectural styles. Many of those successful elements were introduced in CityWalk as a distillation of the unique architecture of Los Angeles, with each element having its own separate language and role in the larger composition. Over that architectural base, multiple layers of signage, landscaping and graphics were used to create a rich texture that makes CityWalk’s design unique.

One big difference was the concept of project architect Richard Orne to design a central atrium space that created the illusion of an “inhabited bush.” Orne’s concept required the use of vegetation on the walls of the atrium space that featured a 170’ radial trellis designed and built by Pearce Structures. The project architect was also aware that plant material attached to the building façade could be problematic, so Orne enlisted the help of Emmet Wemple, an architect/landscape architect and founder of the iconic Southern California firm Emmet L. Wemple & Associates. Wemple realized that in order to complete the concept, the team needed to find a product that could act as a trellising system in which plant material could climb instead of being attached to the wall.

During the research phase, the team discovered a three-dimensional welded wire product that was used as a structural, lightweight, insulated building component for visual display and for mine shaft reinforcement. The product met all of the engineering requirements for adoption as a trellis system, and a clip attachment was designed to hold the panels off of the walls. Wemple & Associates continued with the landscape plan that included multiple types of climbing vines inside the atrium space and trumpet vine with bougainvillea at additional locations outside of the central atrium space.

With refinements and adaptations, the greenscreen® trellis system product line was launched in 1994 and is still providing the same proof of concept that it was intended for at Universal CityWalk. Since the initial installation at CityWalk, greenscreen® panels have been installed at over 10,000 additional projects worldwide. 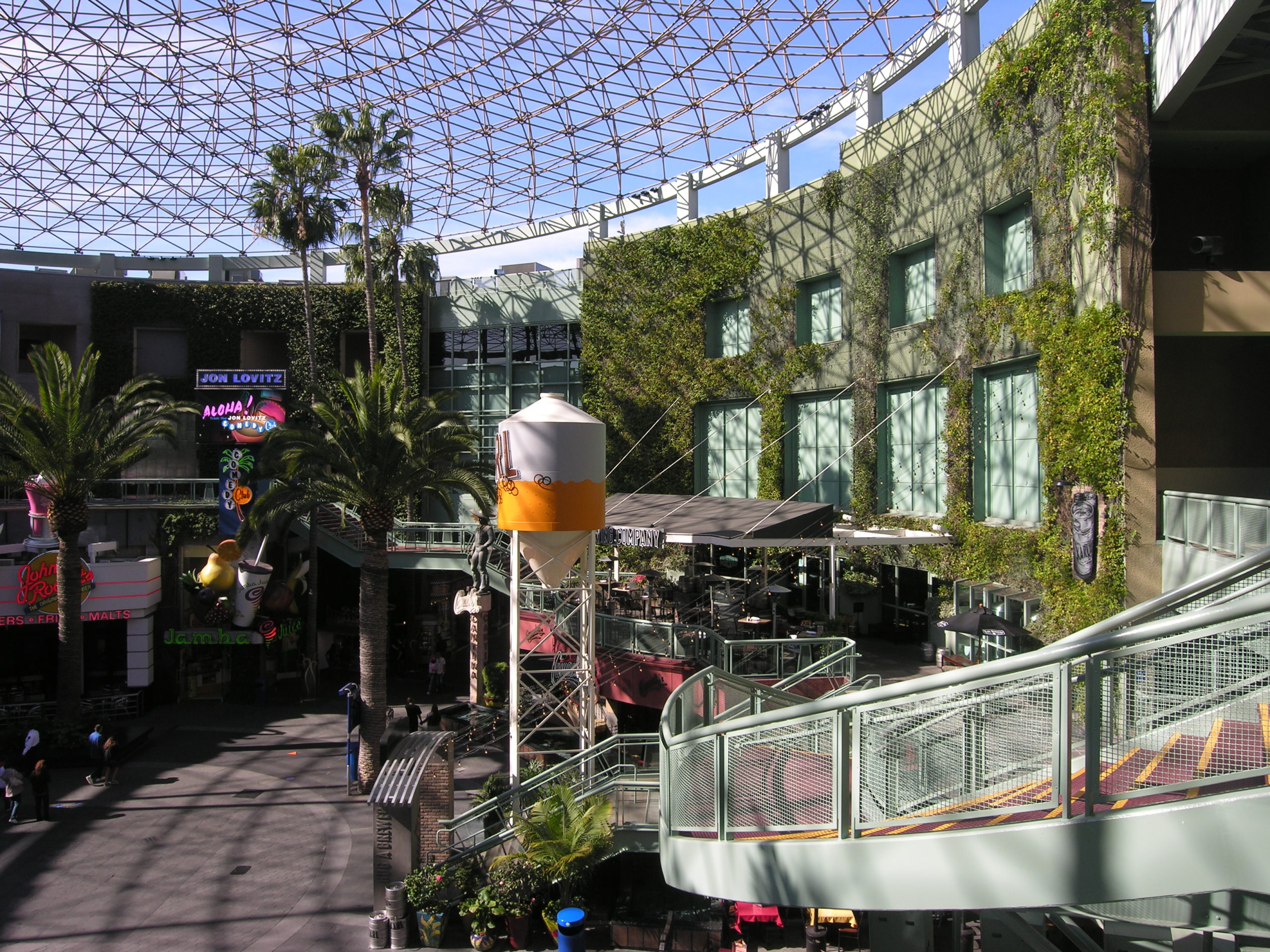 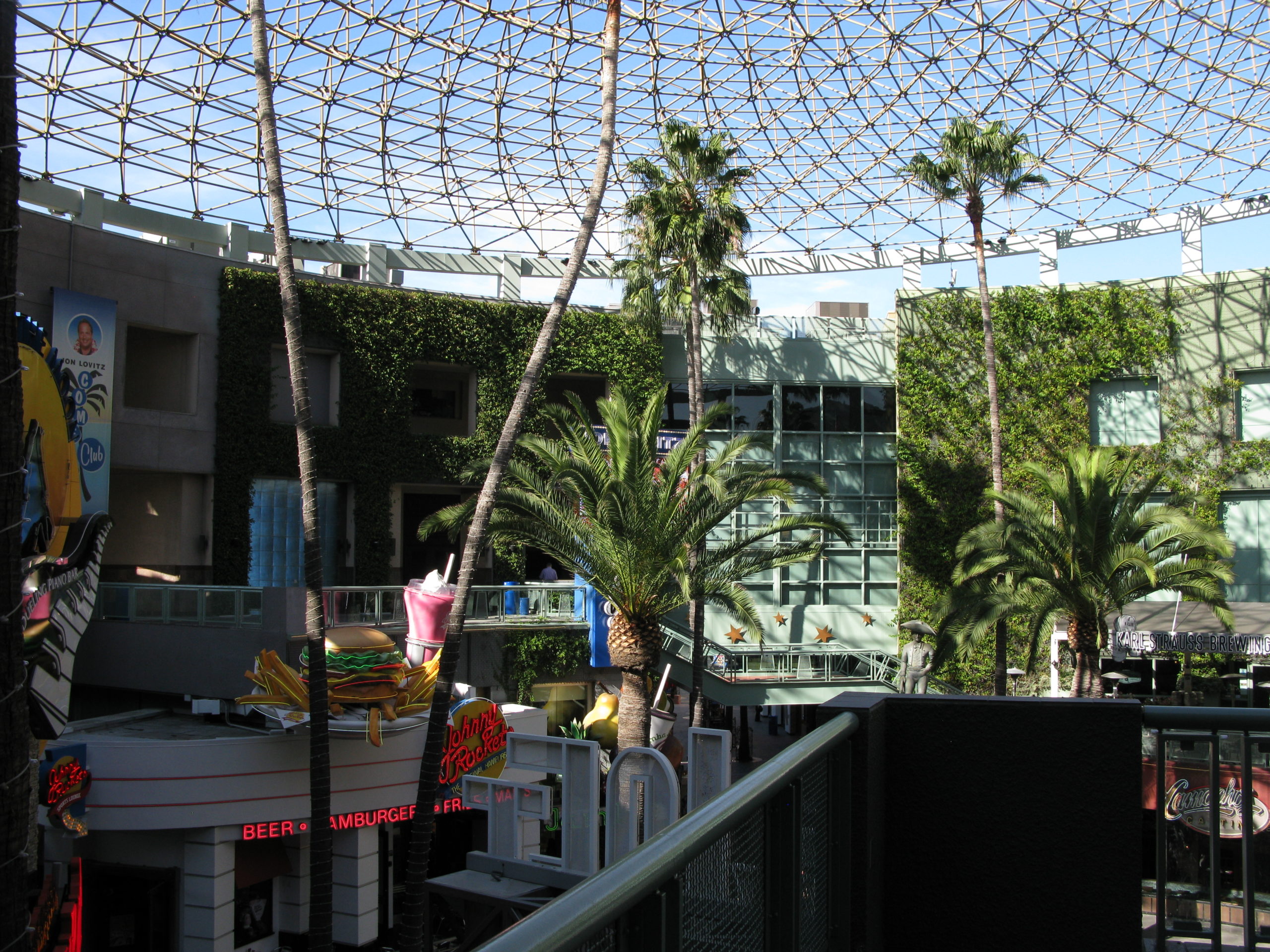 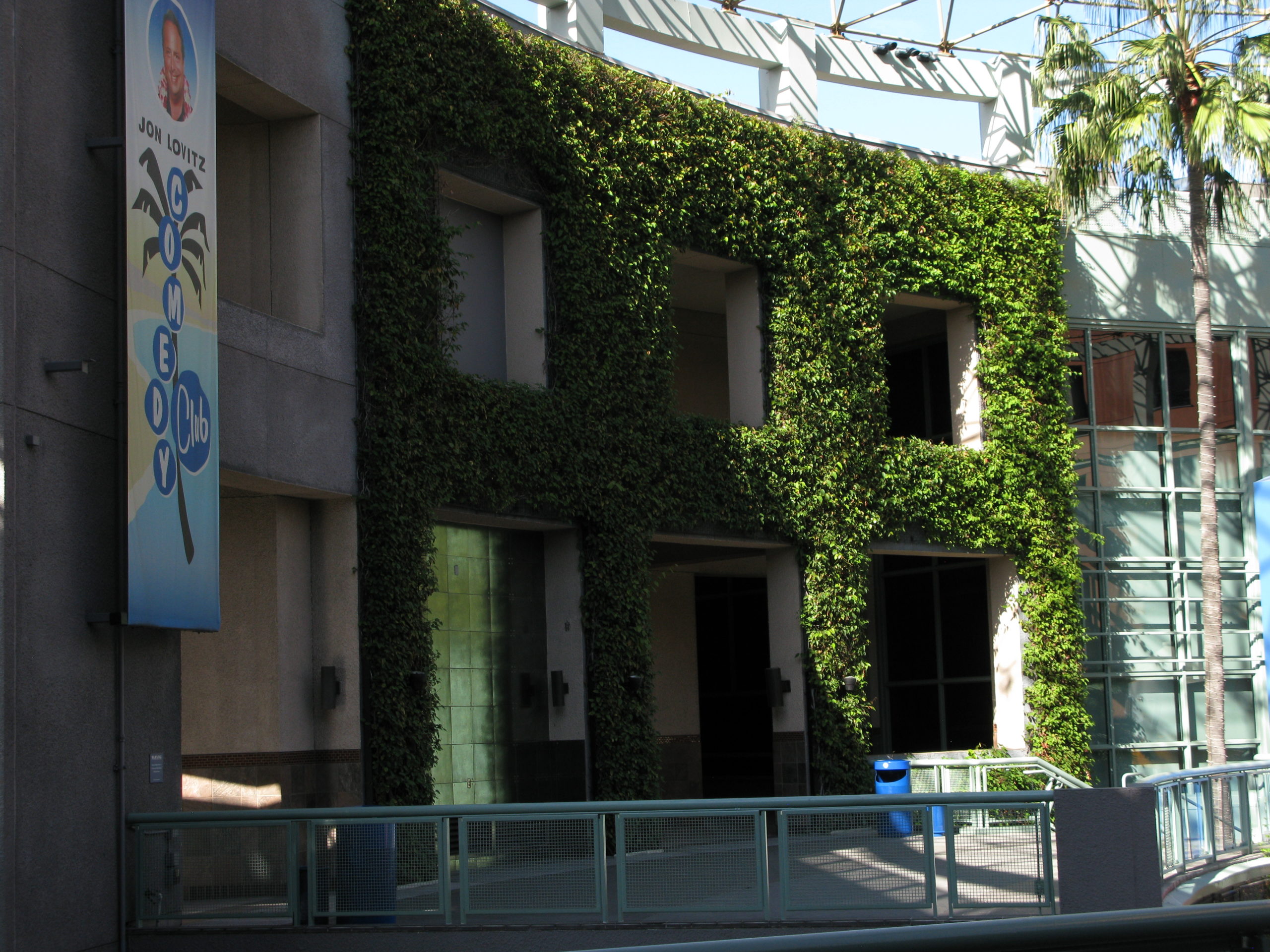 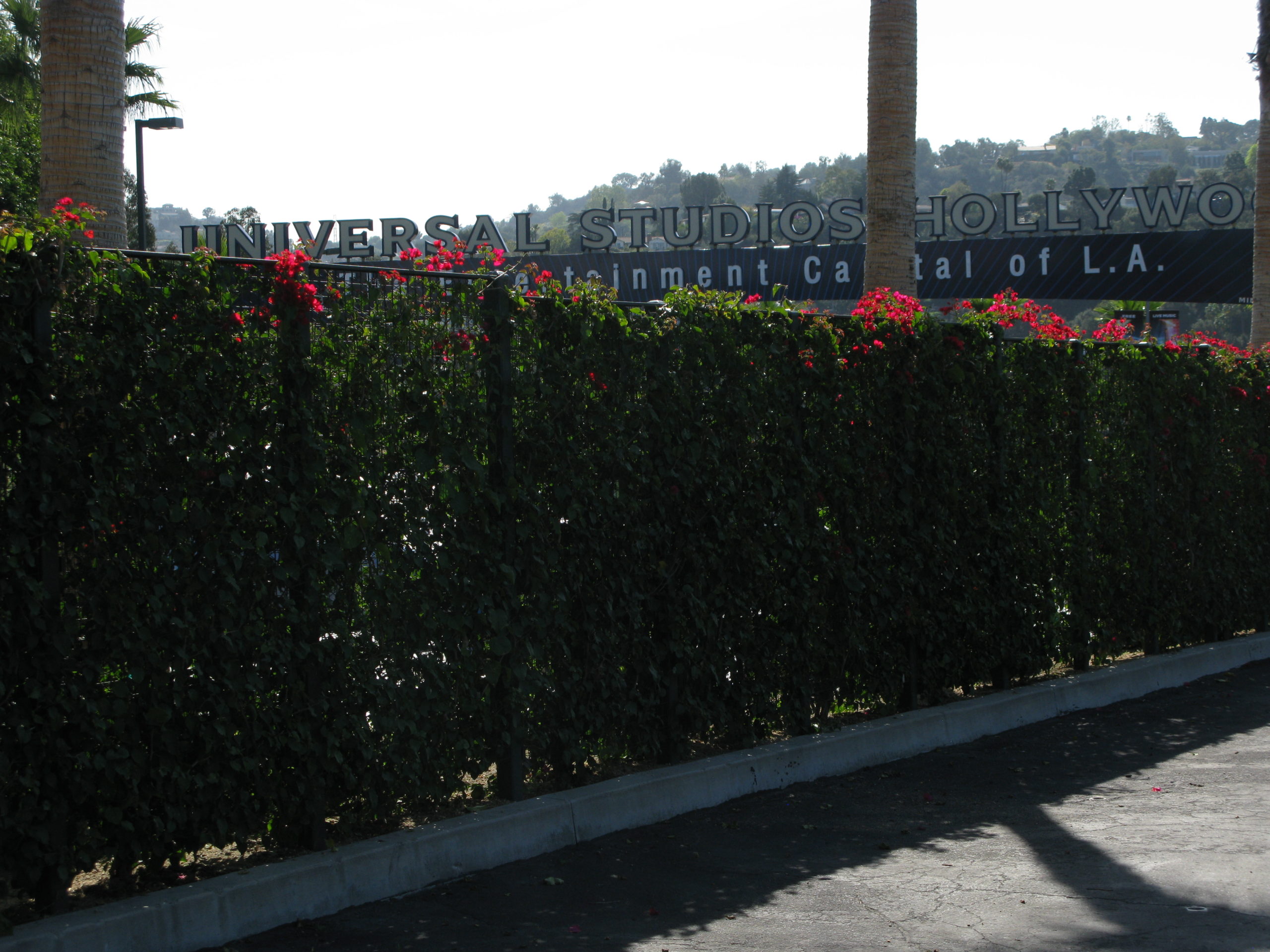 Tell us about your project or receive a sample.

Request a QuoteReceive a Sample